What Is Ammonia Nitrogen In Water Quality Testing?

The most concerned forms of nitrogen in water and wastewater are nitrate ammonia, nitrite nitrogen, ammonia nitrogen and organic nitrogen. Through biochemical action, they can be transformed into each other. Ammonia nitrogen digestion process-luheng

According to the "Surface Water Environmental Quality Standards" (GB 3838-2002) issued by the Ministry of Ecology and Environment of the People's Republic of China, it is stipulated that the concentration of ammonia nitrogen in surface water of category III is ≤1mg/L. The "Integrated Wastewater Discharge Standard" (GB8978-1996) stipulates that the general pollutant discharge unit ammonia nitrogen discharge ≤15mg/L (first-level discharge standard), ≤25mg/L (secondary discharge standard).

So how to quickly determine the ammonia nitrogen content in water? The following introduces two national standard methods with simple operation and accurate data. No professional knowledge is required, and the results can be detected very well. 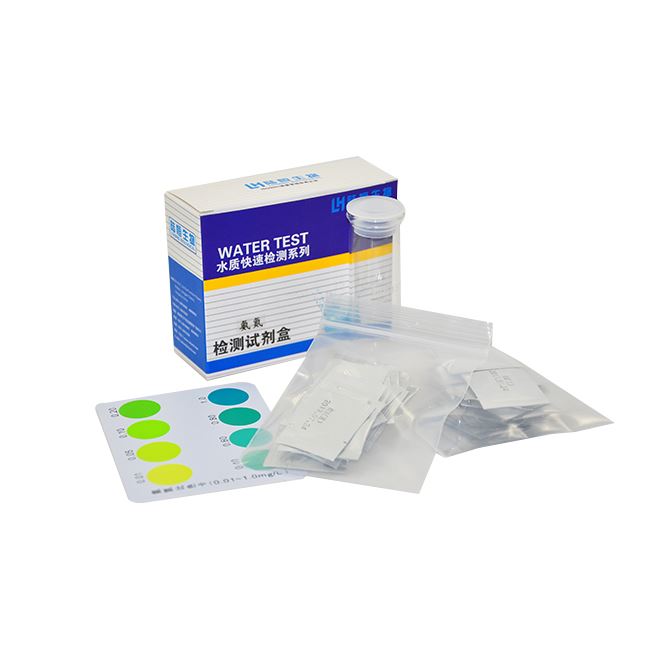 Detection principle: In the presence of alkaline medium (pH =11.7) and sodium nitroferricyanide, ammonia and ammonium ions in water react with salicylate and hypochlorite ions to form blue compounds.

The detection principle is that ammonia nitrogen in the form of free ammonia or ammonium ions reacts with Nessler's reagent to form a reddish-brown complex whose absorbance is proportional to the content of ammonia nitrogen.

(1.) Add 1ml of water sample to be tested in the matching small test tube

(3.) Take a test paper and immerse it in a small test tube for 10 seconds

(4.) Shake off the excess solution on the test paper and immediately compare it with the color chart. Previous: Protect Yourself After You Return To Work, And The Instrument Also Needs Your Protection
Next: Chlorine Dioxide